With less than three weeks remaining before our heroic Clickers embark on their mammoth 1600-mile journey, we thought it was fitting to get some behind the scenes gossip and some insight into their preparation!

Our first team, comprising of Steve Connor and Jake Booth, have gone German for their ride. An E46 3 Series is the car of choice to take them across Europe; a comfy 5-seater, there’s more than enough room for the two to spread out! 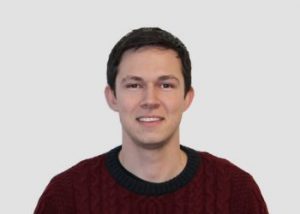 Speaking to Jake Booth earlier this week, he was more than happy to share his views regarding the trip! His overwhelming feeling is that of excitement, a 4-day trip could put a strain on anyone’s relationship, however Booth is confident that the desk buddies are more than capable of keeping on each other’s good side throughout! His confidence in the car is high too, with a history of tinkering, Jake feels he can put a stop to any pesky leaks that try to hinder their progress!

Having spoken about the journey, we quickly moved to the topic of track driving! With heaps of experience, Jake’s got no worries when the lights turn green. He feels his ‘no fear’ attitude behind the wheel will be the key to posting blistering lap times around Europe’s greatest tracks!

High speed driving is up there with Jake’s greatest passions, a close second however are movies! He’ll get to see first-hand the set of one of his favourite movies, ‘In Bruges’. Let’s just hope they steer clear of the bell tower… Steve shares Jake’s level of excitement for the trip; the same however can’t be said for his confidence in the car. Despite Steve’s background knowledge in fixing cars, albeit Fords, Steve isn’t sure his German stallion will be able to hold up to the brutal long distances and even harsher treatment on the track!

Steve, who has never been on a track before is playing it cool in terms of rivalry, he explains that Ollie and Lee’s Mazda holds all of the racing pedigree and their weight advantage should see them into the distance.

Steve however isn’t in it for the winning, he’s most looking forward to the camaraderie amongst his fellow competitors; I suppose now is a bad time to explain Ollie and Lee’s Top Gear attitude if they were to break down… Steve loves to dish jokes out around the office, he’s happy to show this off on the trip too. With a megaphone attached to the roof, no one is safe from his quick tongue, best get ready Lee!

Team one seems to have it all sorted, the perfect outfits, the perfect car and a strong friendship. However, there’s one thing that could bring it all tumbling down… The music! With both team members adamant they’ll have control of the aux cord, will it push them over the edge?

Steve’s team quickly jumped to support him on the playlist issue, with Callum Loveday saying ‘His playlist is legendary, I like Jake’s music, but it has nothing on Steve’s! If he doesn’t get control of the stereo, it may well be one of the greatest tragedies in modern music…’

If you’d like to support our brave Clickers on their fundraising adventure, you can donate here. All the proceeds go to Ben.org, an independent charity and dedicated partner to the automotive industry, providing support for life for its people and their family dependents, with a mission to make a positive difference to people’s lives.