It’s common knowledge a large number of cars will appreciate in value, this could be down to a number of reasons. For example, the car may have won a prestigious race, it may have been built in limited numbers or it may have showcased a new piece of ground-breaking technology. Regardless of why they’re famous, these vehicles can fetch astronomical sums of money, especially if they are unused.

For these cars to demand such ludicrous fees however, they’re expected to have the majority of their original parts and minimal miles. Unfortunately, this means some of the best cars of the time are bought up and locked away in a garage as an investment, never to see the open road! 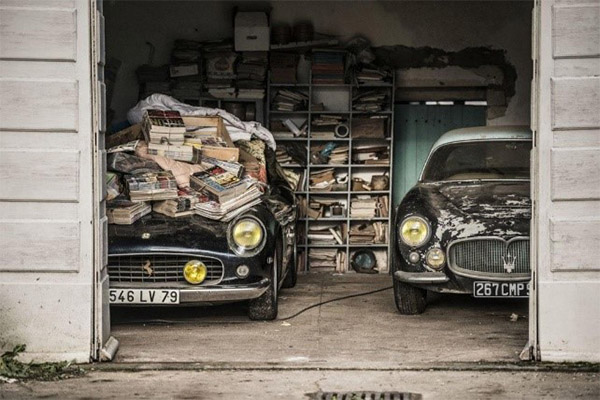 In 2014 the grandchildren of Roger Baillon, a famous entrepreneur, decided to get a valuation of his collection of cars. They knew there were some special cars amongst the 50 or so examples but the final figure was astonishing.

Just the Ferrari, sold for more than €12,000,000. An equally rare 1956 Maserati A6G Gran Sport Frua sold for more than €1.2 million. A large proportion of the vehicles needed an extensive restoration due to a lack of appropriate care and cover during their stay, but even so, these cars are each worth a small fortune to the right buyer! 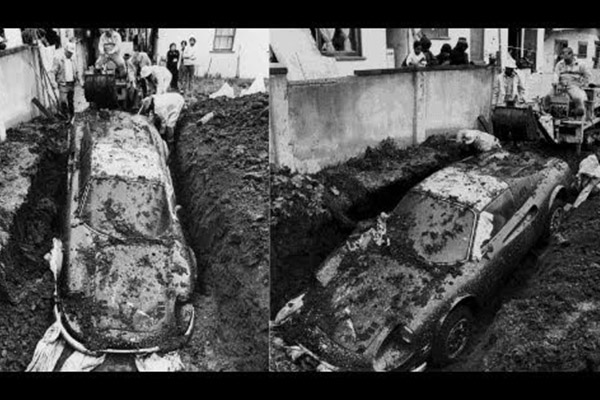 The story goes that two children were digging in the garden when they unearthed the Italian treasure, the origin of the car varies, some say it was stolen and hidden, others say two men were asked to destroy it so the owner could claim against his insurance but they fell in love with it and planned to recover it at a later date. Whichever story is true, it’s still one of the weirdest places you could find a car! 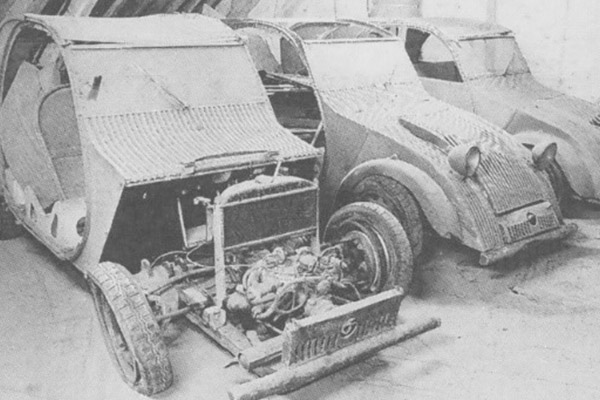 From the previous two cars, you may be disappointed to read that we’re now talking about a 2CV; these particular examples are incredibly special however. When the German’s occupied France during the Second World War, Michelin and Citroen agreed that the 2CV should be destroyed to avoid any military application for the vehicle, before these three were found in 1995, only two were believed to exist. It turns out that a group of defiant workers didn’t want to see their efforts go to waste and chose to hide these vehicles in a barn! 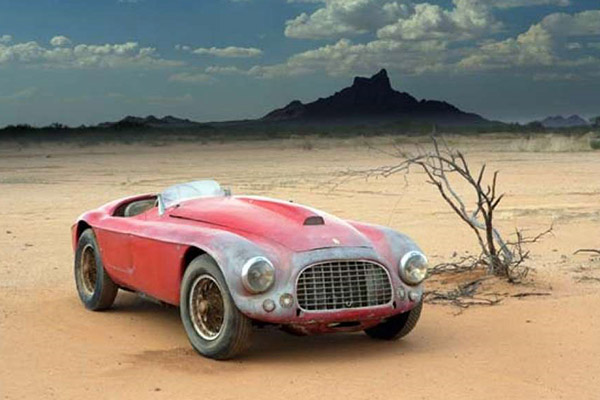 Legend has it that a member of the US Armed Forces was stationed in Germany, whilst in Switzerland he stumbled across this car at a used car garage, knowing nothing about Ferraris the soldier phoned his friend back home in America who told him to purchase the car for him.

Once it returned to the US the buyer got it running and proceeded to race the car against his friends. Eventually, something broke in the engine, rather than fixing it he simply placed it in his back garden, covered it with rugs and forgot about it.

When the rugs were needed, the bare shell of the car was left exposed to the elements. It wasn’t until the owner died that his children realised that they were in possession of such a car, it was immediately bought for $1,000,000 without the buyer seeing it!

The most amazing part of this story is that upon further inspection it was found this car had been raced in Le Mans and Silverstone, amongst many other famous races, its driver? The Juan Manuel Fangio, you literally couldn’t write it!

For more information on Click Dealer’s team of in-house automotive content specialists and the various services offered by the team such as blog writing, PR writing, link building and on page content, get in touch on marketing@clickdealer.co.uk, 01782 478 220 or through our contact page.