Click Dealer Director and Head of Customer Care, Pippa Rawlinson has been withdrawn from her upcoming charity boxing match on medical advice after suffering injuries during her intense pre-fight training programme.

Pippa suffered a significant tear to her bicep and damage to her shoulder ligaments during one of her recent White Collar pre-fight sparring matches. Despite being desperate to soldier on with her fight, doctors have ordered a period of rest and recuperation for the budding boxer.

With a match pencilled in for Saturday March 24th at Stoke City’s Bet365 Stadium, the injury comes as a devastating blow for Pippa who had been training since October for the fight, which had been organised to raise money for Leighton Hospital’s Ward 17, where her Son Jude was successfully treated for Meningitis last March.

Pippa said of her injury blow: “I’m absolutely gutted! I’ve been training since Autumn of last year and to get to this stage, just weeks before the fight and then get injured is a bitter pill to swallow.

“I’m determined that it won’t stop me from raising funds for Ward 17 as the work that they do is incredible, as I’ve witnessed first-hand. I will be coming up with another event of some sort, there’s a few ideas in the pipeline at the minute and once something is organised, I’ll be sure to let everyone know.

“I’d also like to give a big shout out to my awesome PT Darren Clacher, who has been training me alongside the formal boxing classes UWCB supply for the fighters. Darren has put in so much hard work with me, he was just as gutted as me when I phoned him to inform him of my injury.”

The Clickers have other events planned to raise more money for Ward 17 including a third Born Survivor Challenge, a very brave sky diving Clicker and a charity five-a-side football tournament!

For more information on how you can donate to Click Dealer’s ongoing fundraising effort for Leighton Hospital’s Ward 17 go to: https://www.justgiving.com/fundraising/clickdealer 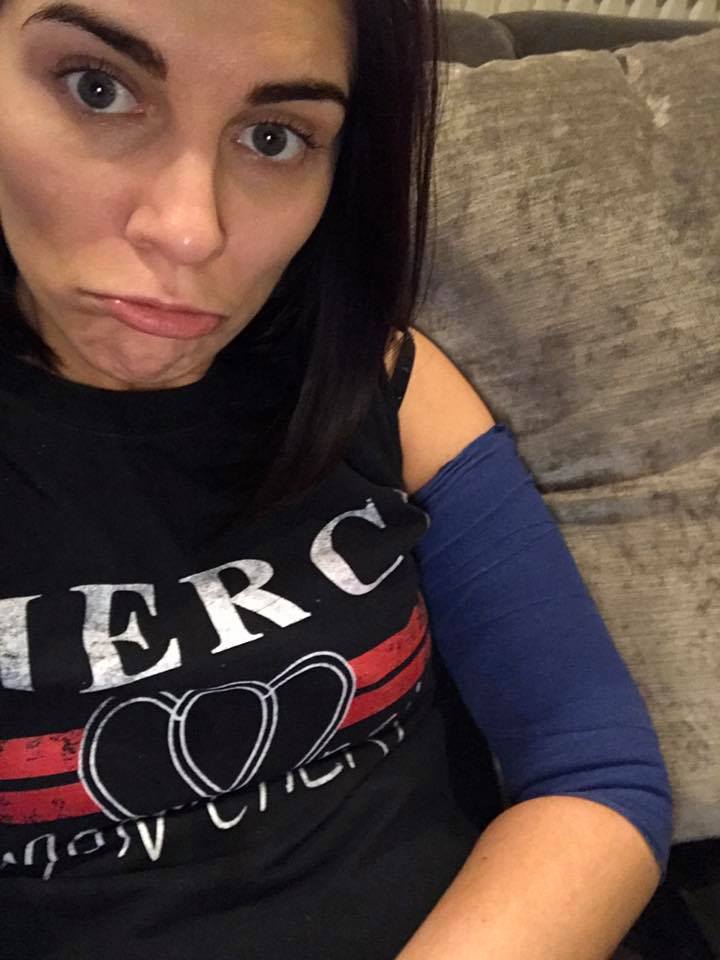