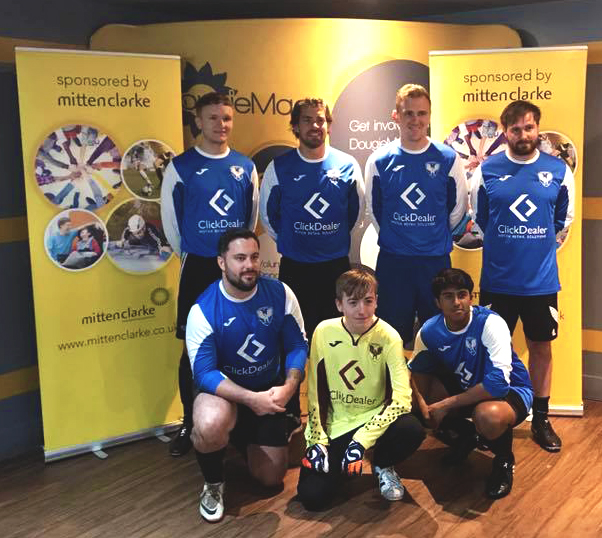 Click Dealer were cruelly knocked out in the semi-finals of the Douglas Macmillan Hospice charity five aside tournament yesterday at the hands of eventual winners Paragon.

The Douglas Macmillan Hospice is a local charity giving much-needed support to adults with a palliative or end of life diagnosis.  They help people living with cancer and non-cancer life limiting diseases such as advanced heart failure, motor neurone disease and incurable lung diseases.

For those who weren’t in attendance, Click Dealer has prepared a quick review of the team’s fortunes in the tournament along with a few action shots and some video highlights! Enjoy…

The Clickers started the competition brightly in the Group A opener against Proserv as bustling forward and Marketing Manager, Jamie Baker scored directly from kick-off to give them the lead! A stunning hat-trick from Front End Web Developer and number 7, Jack Ganley whose silky skills were incredibly easy on the eye and another from tricky, quick footed, SEM Account Manager, Hassan Ali, was enough to see off their opponents in a convincing 5-2 drubbing.

Click’s second group game saw them take on Beswick Legal and once again, they made light work of their opposition. A hat-trick from Baker put the game to bed with relative ease, as well as tidy goals from the in-form Ganley and skilful, Digital Consultant Ben Wilde saw The Clickers qualify for the knockout phase with a game to spare.

Topping the group was the main priority for Click heading into the final group game against hosts Mitten Clarke and they made hard work of it, going a goal down early on as fledgling keeper and Data Marketing Assistant, Callum Loveday was beaten. Playing back to back games was clearly taking its toll, but when Jamie Baker broke down the left to equalise The Clickers were back in the game. Shortly after, Hassan Ali broke clear to put Gerry Moxham’s company ahead before Jack Ganley poked home after a jinking solo run. Loveday was beaten again as Mitten Clarke pulled one back to make it squeaky bum time for The Clickers near the end but they held on to top the group spectacularly.

As fate would have it, the quarter-final draw pitted The Clickers against their group opponents Beswick Legal once again and just as in the first round, Click Dealer romped to a convincing victory. Midfield dynamo and Social Media Manager, Joe Podmore, rifled in from long-range to give Click a deserved lead, before Ben Wilde tucked home from a neat Jack Ganley pass. Captain fantastic and Head of Sales, Lee Rawlinson unleashed a pile-driver from long-distance before, Jamie Baker rounded off the rout with a curled effort late on to see The Clickers safely into the semi-finals.

The draw for the final four wasn’t so kind to The Clickers, with Paragon their opponents being strong favourites to lift the trophy. Still, the plucky Winton House based side gave it a real go with some fine defensive solidity early on, before the flood gates inevitably opened and Paragon ran out 6-1 winners despite a consolation goal from Ben Wilde for Click Dealer.

It was a plucky display from Click Dealer’s boys in blue on the day, having never previously played together and there is definitely a lot of potential for further improvement in the future. In the end The Clickers came up short but for a first competitive outing, they did the company proud and provided a platform to build on in advance of our own charity tournament next year! 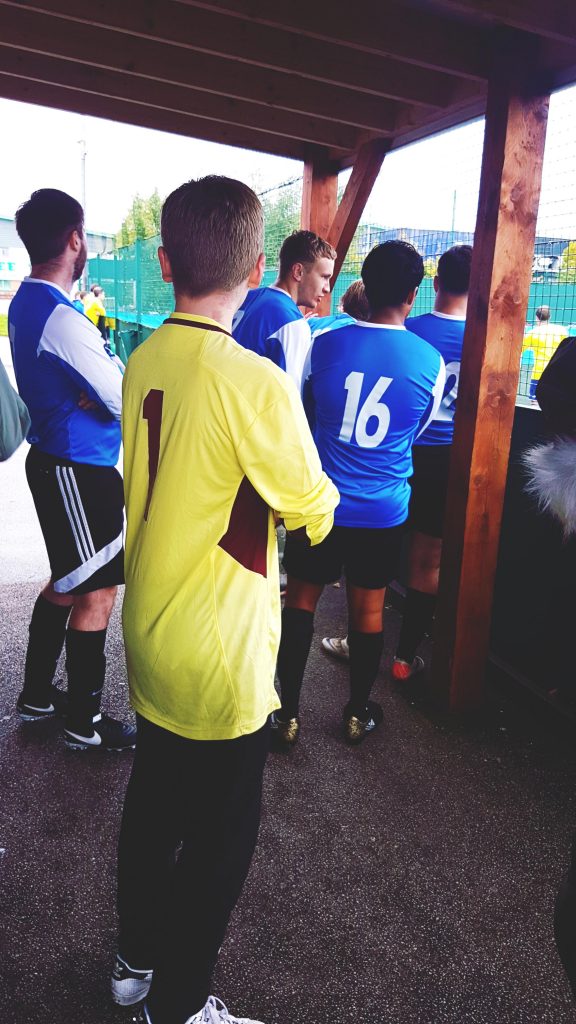 PS – A huge thanks to our sponsored team Eccleshall FC for lending us their strips for the day! We might not have won on the cup but we were certainly the best dressed!