Concept cars are supposed to be a look into the future, at both how our cars may look and the technology they’ll include. Often, they’re little more than a shell on a stand at a motor show for journalists to gaze at.

In some cases, however, they’re living breathing monsters that don’t seem a million miles away from being parked up in Monaco or blasting down the Autobahn! 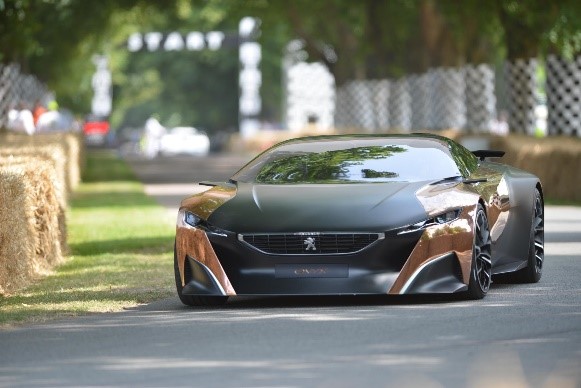 Peugeot have always been able to make a fast car, they’ve proven that with countless GTI models.

This attempt however was like nothing they’d made before or have done since, it was a full-on race car with the parts to match. The chassis is a carbon frame weighing in at just 100kg, on top of that are copper body panels that have been left untreated to ‘let the car age’ as the weather takes its toll.

The interior dash is made of a compressed newspaper pulp; if you look closely you can actually see the text! In the rear is a 3.7 litre diesel V6 straight out of the 2011 Peugeot Le Mans racer, it’s also paired with the sequential gearbox too. This combined results in 545BHP per tonne. An unbelievable figure, especially when you consider it also carries an 80BHP electric engine. 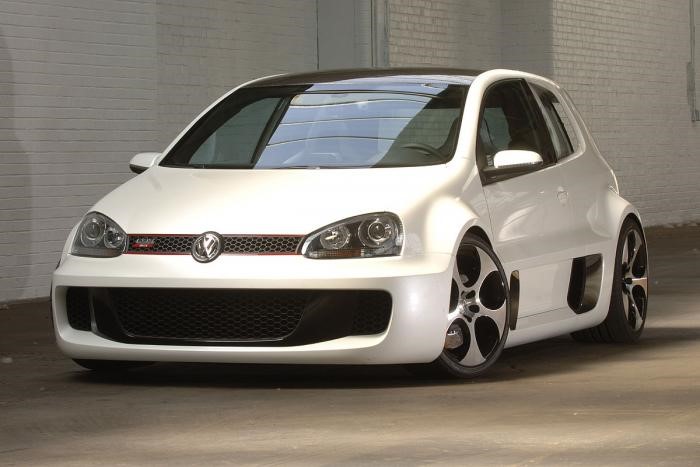 Bringing everything back to reality is the VW Golf W12. From a distance, you wouldn’t say it looks that futuristic; you’d be right, there was a genuine chance of it being built.

A cruel tease. That said, once you step up to the window of the car, everything becomes apparent. The rear seats have been swapped for a snarling W12 engine, the body had to be widened to accommodate the powerhouse, not a bad compromise as it adds much needed stability in the corners.

The gearbox comes courtesy of the VW Phaeton, a tiptronic option: the only thing that could take the monstrous power and torque. 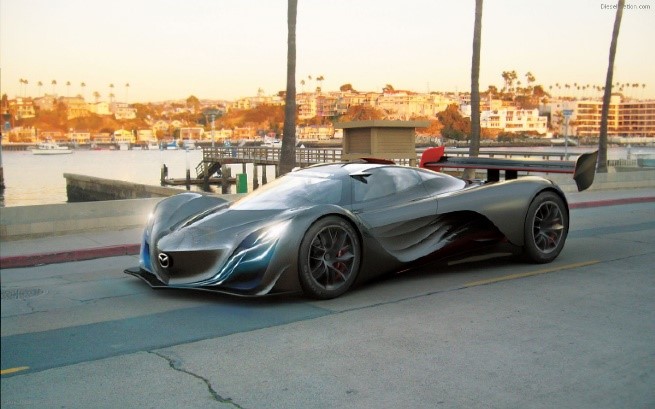 The Mazda Furai was a showcase of what their engineers can do when they’re freed from their reigns.

It was a race car for the road, tragically however, it was only driven once by anyone other than Mazda and the day ended in catastrophe…

Like most concept cars the Furai wasn’t quite the finished product, the suspension still needed to be fine-tuned and the engine wasn’t the finished article. It featured a rotary engine running on pure ethanol, during a photoshoot with Top Gear it caught fire; within minutes the car was reduced to just a chassis, a heart wrenching sight… 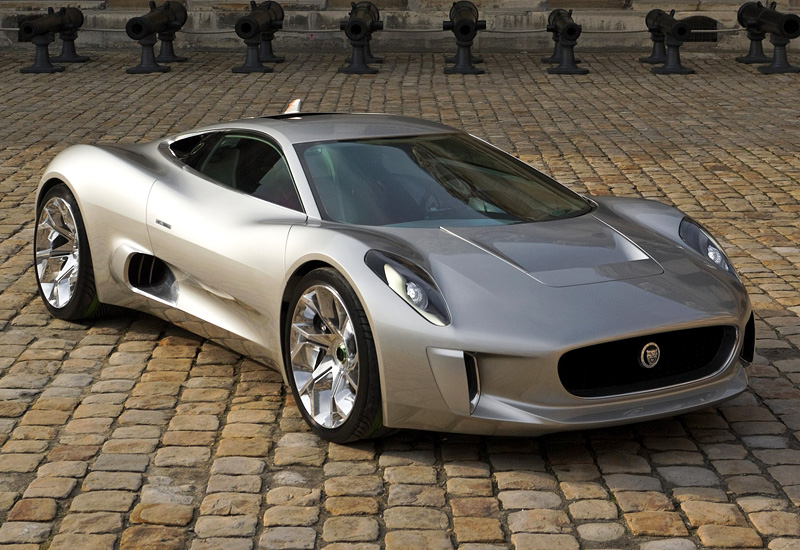 The Jaguar C-X75 was all set to turn the hyper car battle of the LaFerrari, McLaren P1 and Porsche 918 Spyder into one of the best and most anticipated battles the automotive world had ever seen. It shared many of the characteristics of the P1 and 918, but unfortunately Jaguar didn’t see themselves selling the 250 cars they planned on producing and subsequently killed the operation.

The technology found in the two years of production however will not go to waste, the four-cylinder engine is going to be produced in a brand-new factory in Wolverhampton, that wouldn’t have happened had it not been for the concept.

Although we’re sad that we’ll never see one on the road we are glad that its death won’t be in vain and the heart of the car will be in every Jaguar being produced, in some part at least.

For more information on Click Dealer’s new Click Blog platform and how our specialist in-house automotive content writers can craft articles for your dealership, get in touch today via marketing@clickdealer.co.uk, 01782 478 220 or through our contact page.