5 Star Reputation – Digital Experts for Independent Dealers
HomeBlogCharitable WorkClick Dealer to Take on The Three Peaks Challenge as Part of its Continued Fundraising Drive in Aid of Leighton Hospital’s Ward 17!

Click Dealer to Take on The Three Peaks Challenge as Part of its Continued Fundraising Drive in Aid of Leighton Hospital’s Ward 17! 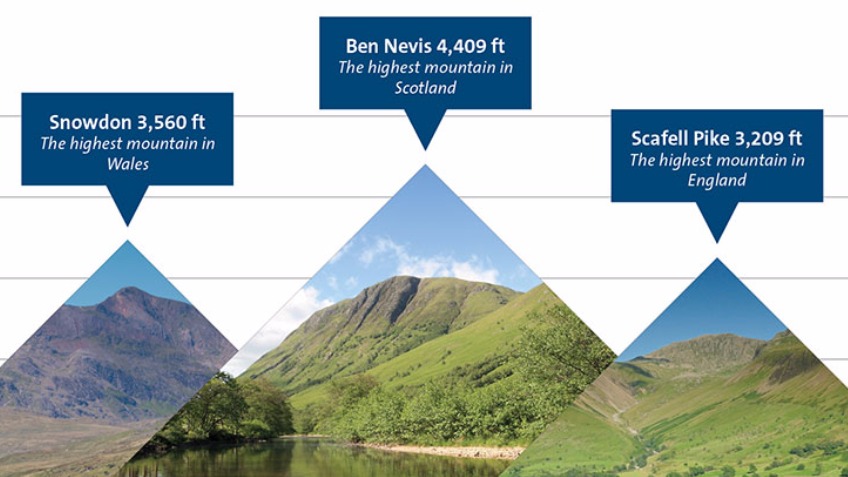 A group of eight brave Clickers are set to take on the arduous Three Peaks Challenge next month as part of Click Dealer’s continued charity fundraising drive in aid of Leighton Hospital’s Ward 17.

The challenge will involve climbing the three highest peaks in the UK inside 24 hours: Scotland’s Ben Nevis, 4,409ft, England’s Scafell Pike, 3,209ft and Wales’ Snowdon, 3,560ft. This is sure to push the team to its limits and is not an adventure for the faint hearted with a total ascent of 9,800ft across the three mountains.

As well as the eight climbers, two drivers from Click have put themselves forward for the gruelling 24-hour challenge to ensure that the group are safely transported from peak to peak along with the necessary supplies for the trip.

The team will begin their journey at 8:30am on Saturday September 23rd, leaving from Click HQ in four vehicles as they head to the Western end of the Grampian Mountains, in the Lochaber area of the Scottish Highlands, close to the town of Fort William. At 5pm that evening the challenge will begin and the Clickers will start to climb Ben Nevis, the highest mountain in the British Isles.

Ben Nevis attracts an estimated 100,000 ascents a year, around three quarters of which are attempted using the well-constructed Pony Track from Glen Nevis on the south side of the mountain. The 2,300m high cliffs on the north face are among the highest in the country.

By 10pm the team should have clambered up and down Ben Nevis and will begin their overnight journey to Scafell Pike, which should take approximately six hours. At 4am on the Sunday morning, the Clickers will arrive at Scafell Pike and begin their ascent at Wasdale Head.

Scafell is the tallest mountain in England and is located in the Lake District National Park in Cumbria, the mountain consists of igneous rock dating from the Ordovician geologically and is part of the Borrowdale Volcanics. Shattered rock debris cover the summit of Scafell Pike which provides the highest altitude example of a summit boulder field in England.

When the clock strikes 8am, Gerry’s courageous disciples should have made it back down Scafell Pike and be safely in the vehicles, ready for a five-hour drive to Wales’ Mount Snowdon. At 1pm, the no doubt tired and weary group are due to begin climbing Snowdon and must be down by 5pm sharp to complete the challenge in the specified 24 hours.

Snowdon is around 400 million years old, it is the highest mountain in Wales and is the tallest part of the British Isles outside of Scotland. It is situated in Snowdonia National Park in Gwynedd and is often described as the busiest mountain in the UK. It is also a designated national nature reserve for its rare flora and fauna.

If the group are to complete the treacherous challenge on time, they must be back down by 5pm sharp on the Sunday evening a task which many have tried and failed to achieve!

The incredible work that the staff on Ward 17 at Leighton Hospital undertake is sure to be enough of a driving force for the Clickers though, who will be led by Lee Rawlinson (Head of Sales) and former British military member. Lee’s son, Jude was successfully treated for meningitis on Ward 17 in March and has now made a full recovery in no small part down to the knowledge and expertise at the hospital. Lee said: “At the end of the day, the staff on Ward 17 saved Jude’s life and without their hard work and knowledge the alternative doesn’t bare thinking about.

“We will fight our way up and down the mountains to raise as much money as we can for a worthwhile cause which is so close to the hearts of my family and everybody at Click Dealer.

“I’ll always be eternally grateful to the staff on Ward 17, so anything that we can do to help make their jobs easier or to make sure that other children continue to receive the treatment that they need will always be done to the best of our ability.”

How Do I Donate?

To sponsor the Clickers for their brave assault on the Three Peaks Challenge in aid of Leighton Hospital’s Ward 17, please visit our Just Giving page and donate: https://www.justgiving.com/fundraising/clickdealer. All donations no matter how big or small are greatly appreciated by everybody at the company!