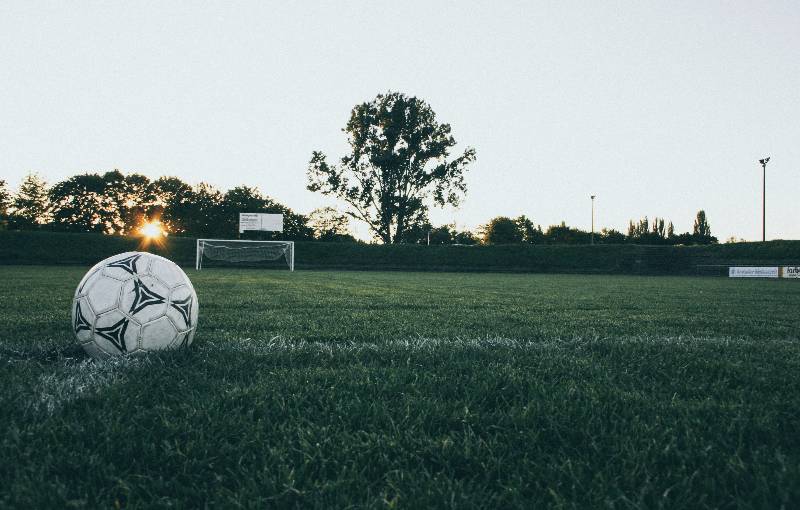 The match was organised as a warm-up for The Clickers’ upcoming charity clash with automotive finance software providers, Codeweavers and took place at Discovery Academy in Bentilee, Stoke-on-Trent.

After soaking up some initial early pressure from AFC Click, The Clickers took the lead inside the first fifteen minutes when the keeper saved Jamie Baker’s volley, Hassan Ali was on hand to tuck the ball home.

Just minutes later it was Baker who doubled Click Dealer’s advantage arrowing home a left-footed half-volley from 12 yards as the Shelton based digital dealership experts began to exert their authority on the game.

Some great saves from Jake Mallin in the Click Dealer goal kept AFC Click at bay, the big stopper acrobatically tipped a shot onto the bar from close range as well as making an array of other fine reaction saves to preserve his clean sheet by the end of the first third.

In the second third The Clickers once again started slowly and AFC Click applied the pressure but a combination of centre-half pairing Joe Rastovan and Alex Baker, as well as more excellent goalkeeping from the impressive Mallin prevented the newly formed Sunday League side from pulling one back.

A pinpoint free-kick from Alex Baker was taken beautifully on the chest by trialist Pete Williams, who lashed home Click Dealer’s third goal of the game. Williams came to help out after Jake Booth pulled out due to illness on the eve of the match and he certainly did provide a touch of class to proceedings.

Moments later, Williams was causing havoc again, latching onto Joe Podmore’s flick-on before unleashing an unstoppable drive into the top-left corner of the AFC Click goal from the edge of the eighteen-yard box.

Some slick interplay between Podmore and fellow midfield maestro, Jack Ganley resulted in the former tucking home neatly to give Click Dealer an unassailable lead. By the end of the second third, The Clickers were 5-0 up and cruising, whilst AFC Click were well and truly on the canvas.

The final third brought a change of formation for Click Dealer with the game already won, player-manager, Jamie Baker, switched from their trusty 4-4-2 formation to a more attacking 4-3-3 and it wasn’t long before the ball was in the net again with Hassan Ali running clear of the AFC Click backline and expertly curling the ball home.

As tired legs began to take hold, Click Dealer did finally concede a couple of sloppy goals but there was nothing that keeper Jake Mallin could do as AFC Click fired back to make it 6-2. Jamie Colclough’s excellent goal line clearance from Ben Wood’s goal bound drive kept The Clickers four-goal advantage intact and capped an impressive afternoon for the coding king.

Lee Rawlinson’s ferocious drive was palmed clear by the AFC Click keeper but only onto the head of a delighted Jamie Baker, who nodded home Click Dealer’s seventh from close range. Almost immediately, AFC Click pulled another goal back, skipping through the exhausted Clickers to grab their third of the afternoon.

With ten minutes to go, Keiran Munn ran onto a long ball over the top of the AFC Click defence and slotted home with an excellent right-footed finish to complete the rout. Munn’s constant switching with fellow left-sider Ollie Moxham caused the opposition no end of problems all afternoon and the Wolverhampton born wing wizard was thrilled to round off his performance with a goal.

A controversial late-penalty was awarded to AFC Click following a dubious foul from Jack Ganley, which they duly tucked away with what was practically the last kick of the game.

An impressive afternoon for a first outing for The Clickers, and plenty of food for thought for player manager, Jamie Baker heading into the crunch clash with Codeweavers at Pershall Park on August 12th.